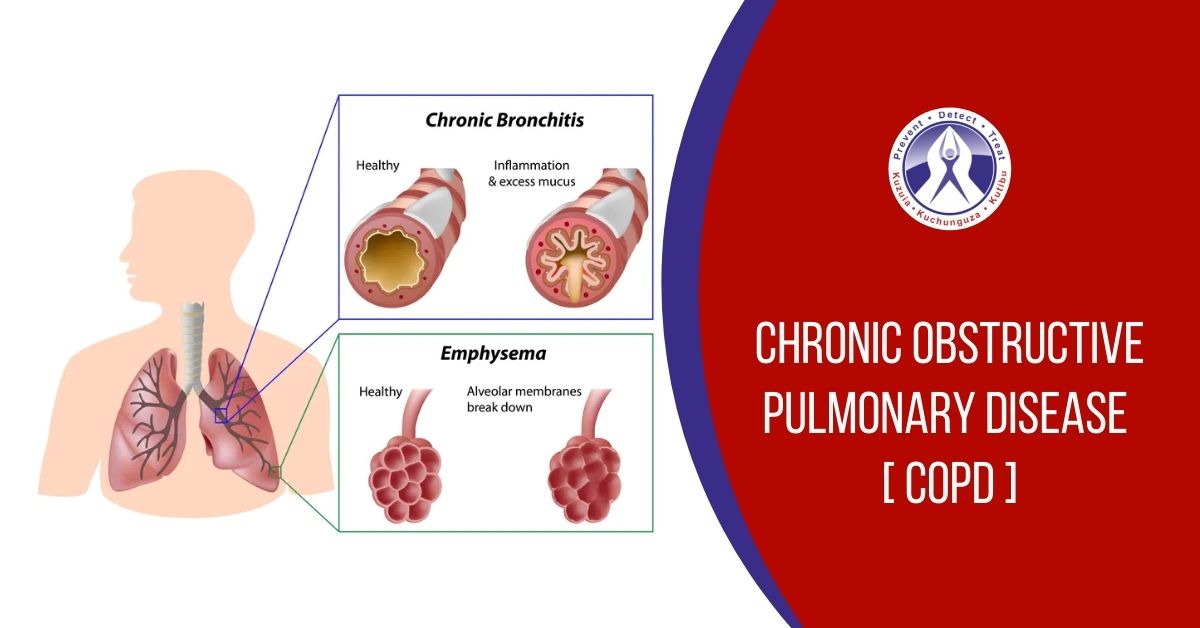 Chronic Obstructive Pulmonary Disease (COPD), against the common perception, is not a single disease but a group of progressive lung diseases. Respiratory failures, caused by COPD, account for a major cause of mortality. Thus it is important that we are aware of this disorder, its symptoms, and treatment so that immediate action is taken when the time comes.

WHAT IS CHRONIC OBSTRUCTIVE PULMONARY DISEASE?

As the name suggests, it is a long-lasting, inflammatory lung disease that obstructs the airflow from the lungs making it harder and harder to respire. Since COPD is an umbrella disease and there are other lung diseases as its sub-disease, let us have a look: 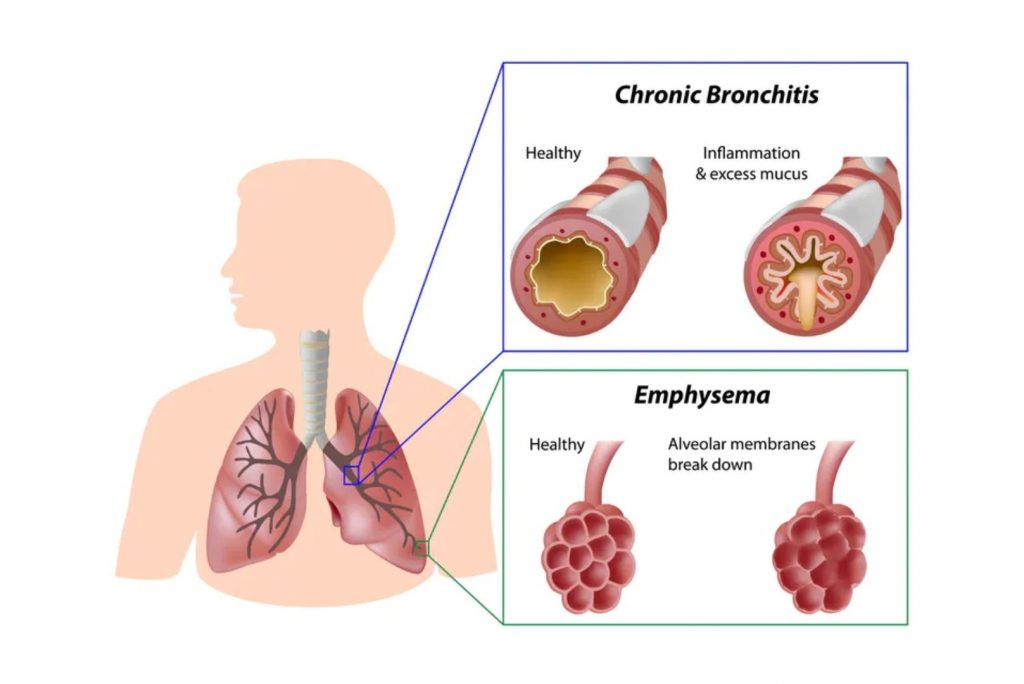 Now that we know what COPD is and what other diseases constitute COPD, let us look at what are its causes- 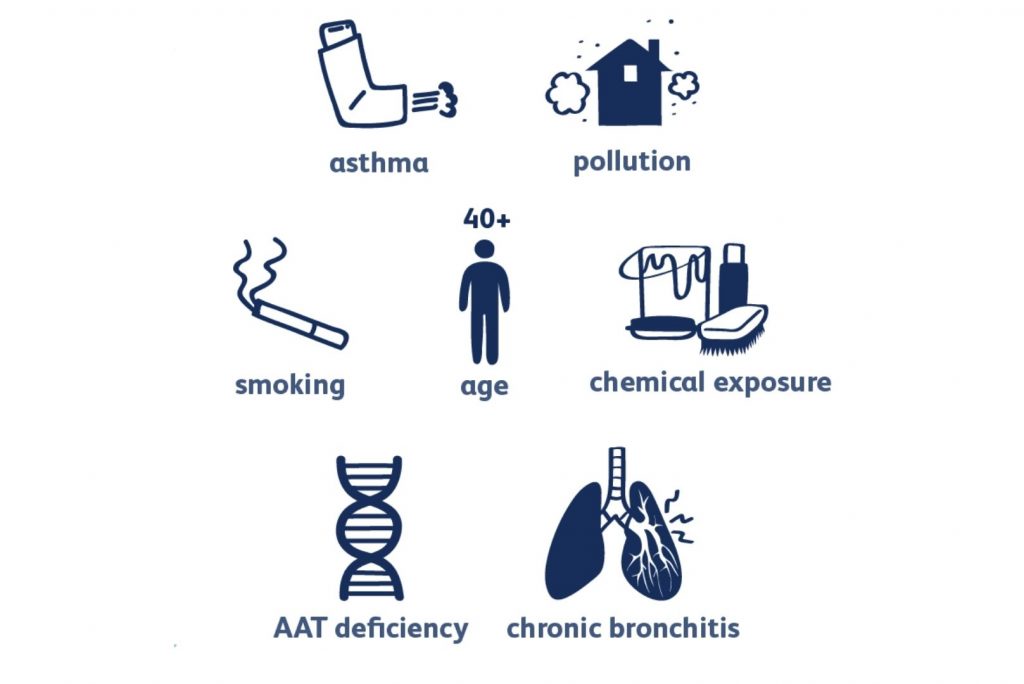 Now it becomes extremely important for a patient to understand the importance of getting diagnosed. Neglecting to cough will only make situations worse, we will discuss that in the following section. But first, you need to visit a pulmonologist and brief them about your medical history, symptoms, a smoker or not, exposure to dust and smoke along with a lot of other details. The pulmonologist will then conduct a test called spirometry where the patient will be asked to breathe into a large, flexible tube that’s connected to a machine called a spirometer. This will measure the amount of air the patient’s lungs can hold and how fast he/she blows air out of them. After the test, the pulmonologist determines that at which present stage of COPD does the patient stand? 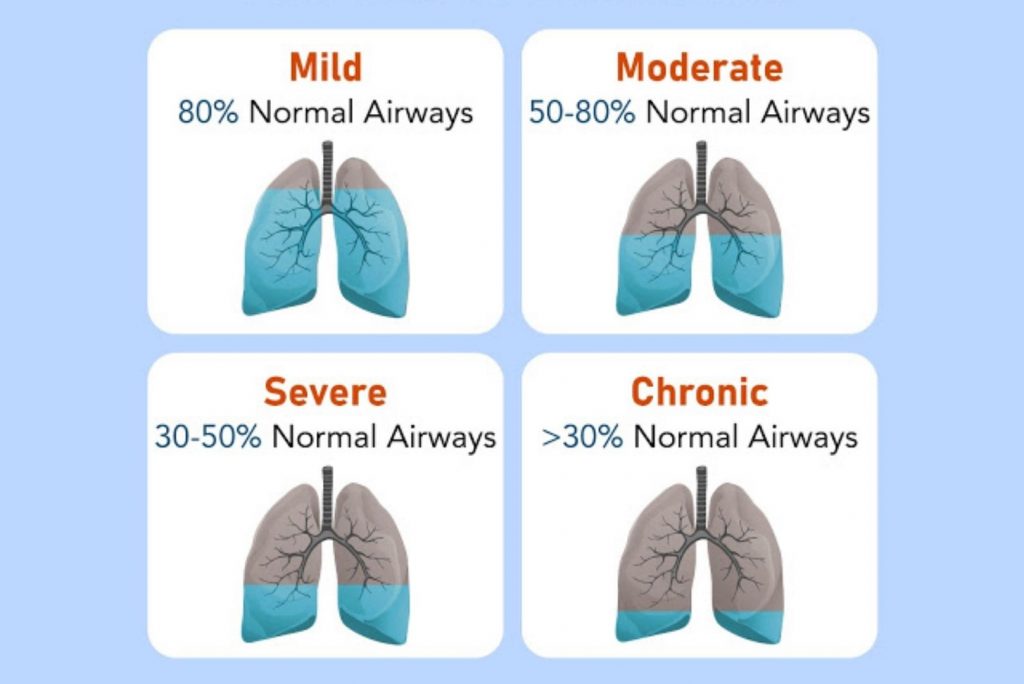 There can be multiple classifications of stages based on different parameters but here, we must follow stages from the Global Initiative for Chronic Obstructive Lung Disease’s (GOLD) guidelines derived from spirometry breathing tests. These stages are:

Now, depending upon the severity of the condition, a pulmonologist might recommend either any one or a mix of the following measures:

Here we come to an end to this guide. It is important to keep a tab on changes taking place in our body and responding to those changes. Chronic Obstructive Pulmonary Disease, if neglected and not treated within the due course of time, can easily become a cause of death. Thus it is always advisable to consult a pulmonologist and clear all the lingering doubts. At Regency Medical Centre, we offer the services of the best pulmonologists in the field so in case you want an expert’s opinion, CLICK!