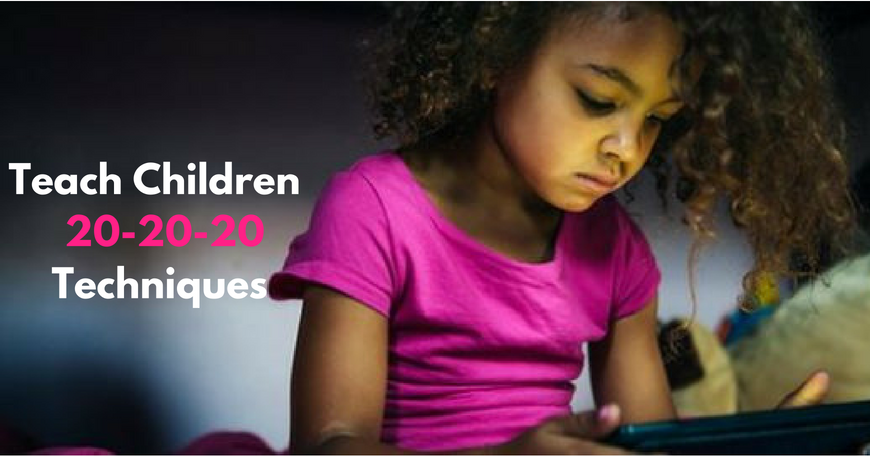 If there is one fact that parents today cannot escape from, it is that children will find a way to access screen time through the day. Be it in the form of smartphones, laptops, tablets or televisions, screens have become an indelible part of our lives today.

While it may not be entirely a bad thing if your child is accessing learning apps or indulging in educational programs, it can be a problem if there is an excess in terms of screen time.

With kids as young as two indulging in games on a variety of screens, it becomes increasingly relevant to limit a child’s use of electronic devices.

The Downside of Too Much Screen Time

Be it spending meal times staring at the television or even an out of control cell phone addiction, we are seeing a marked increase on screen-dependency in our children. There are some potent side-effects of this habit. Here are a few:

Things like watching too much television, playing video games all day long, or even staring into the smartphone through the day, has just exacerbated this.

When children find their entertainment in screens it is only natural that their physical activities will become limited.

This results in a problem like obesity. Obesity can lead to much graver issues like hypertension and cardiac problems, among others.

Children have been noted to develop dry eyes, eyestrain, headaches, and even blurry vision because of staring at screens for too long. In some cases it can even cause lasting damage.

If children are using television or smartphones to wind down before bed, it can very well work against them. It has been noted that the blue light of the screens can also cause insomnia among children and adults alike.

In fact, some research also points to bullying as being a side-effect of increased television consumption.

Why Do Children Get Addicted to Screens? 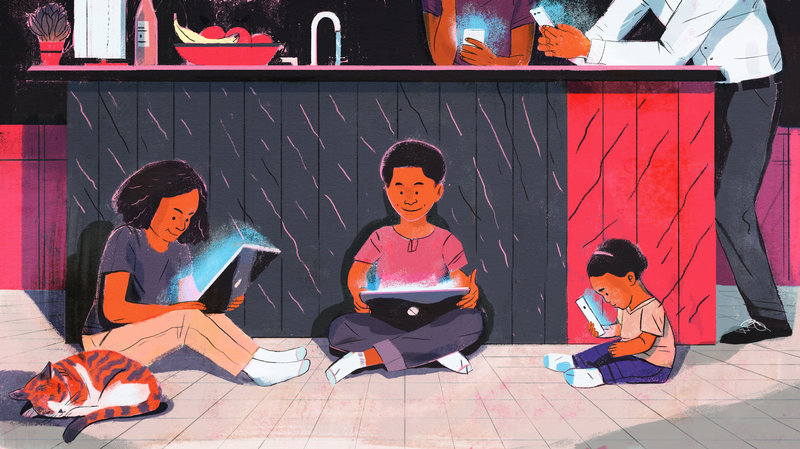 A recent study has found that screen or internet addiction can cause significant changes in a child’s brain chemistry.

Researchers at Seoul’s Korea University found that the brain chemistry of a child that can’t do without screen time or internet is vastly different from that of a child without these issues.

Researchers also found that students with internet and smartphone dependency had higher rates of depression, anxiety, impulsivity and insomnia.

What happens is that with children being as impressionable as they are, the reward mechanism in their brains gets rewired because of the screen time. A separate research also showed how the cells in the reward section of the brain get activated when they see images on Instagram or other social media apps.

A recent study by the preeminent scientist in this field, Jean Twenge, has shown that there are indelible links between increased screen time and depression as well as suicidal thoughts in teens.

There is good news though, children that are addicted to smartphones, television or the internet can be helped to kick the habit. Cognitive behaviour therapy can help students reverse their brain chemistry as well, which has gotten out of sync thanks to their screen/internet addiction.

How Can Parents Help

It may not be possible to have your child give up on using screens altogether. With most of the education today dependent upon them, it would leave your child at a great disadvantage.

Start with teaching them about the harms of staring at a screen for too long. It is important that they be made aware of the problems that they might face if they are not aware of their own dependencies.

Indulge in digital detox weekends. Make sure that during this time the entire family switches off their phones and completely disconnects from technology.

This will not only give you time to bond as a family but also give your children a different perspective on how they can creatively spend their time.

Make some simple, but firm rules like no phones or television during meals. This should hold for the parent as well as the children.

It is important that the parents follow these rules as well since the children will be taking their behavioural cues from them.

Teach children simple techniques like 20-20-20. Take a break from staring at a screen every 20 minutes, for 20 seconds to stare at an object at least 20 feet away.

This gives your eyes time to relax and keeps them from getting dry and/or tired. Moreover, you can teach your child how to hold the devices. Things like tablets and smartphones should be at least 18 to 24 inches away from your face.

Children’s vision is the cornerstone of their growth, and taking care of it from screen indulgence is something that we should be taking very seriously.

Regency Medical Centre advice you to give attention to your children daily life so that you can minimize their screen time. If you are facing any problem with your children eyes do take help with your healthcare provider.