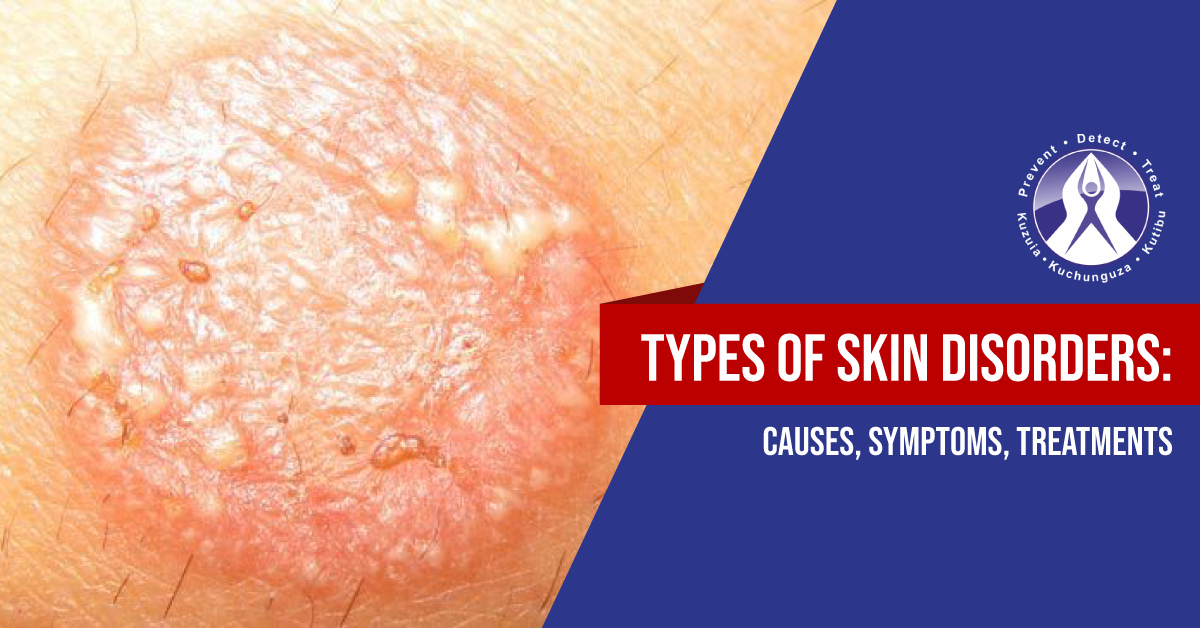 What might appear as “just a rash” may potentially transform into serious skin disorders if it’s not treated in time. So it’s important for every child and adult to be aware of common types of skin diseases and their symptoms. Read on to find out what the common skin infections look like and how they can be treated. 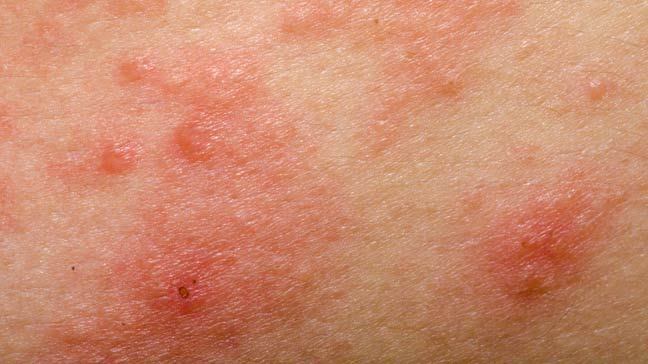 Eczema, one of the most common skin disorders, is a condition wherein the skin develops inflamed patches. It causes the skin to become red, itchy, cracked and rough. There are various types of eczema. The most common type is atopic eczema and the word “eczema” is used to specifically talk about atopic eczema. Eczema is not a contagious skin condition.

The symptoms of eczema vary depending on the age of the person. Children under the age of five are the most vulnerable to eczema and any child who suffers from eczema in their childhood carries the condition throughout their life. However, adolescents and adults too can develop this condition. There may be periods when the symptoms become intense. Other times, the symptoms are completely under control but this disease isn’t curable. Following are the most common symptoms of eczema:

Medical science hasn’t identified the exact cause of eczema but one thing is certain – eczema occurs when your skin isn’t able to protect itself against allergens and irritants. This could happen because of a number of reasons:

Like other incurable skin disorders, the treatment of eczema is aimed at relieving the symptoms of the disease. Your doctor can prescribe over the counter medicines to reduce the rashes and itchiness. In addition to taking medication, you should follow these skin care tips that can prevent eczema symptoms from flaring up: 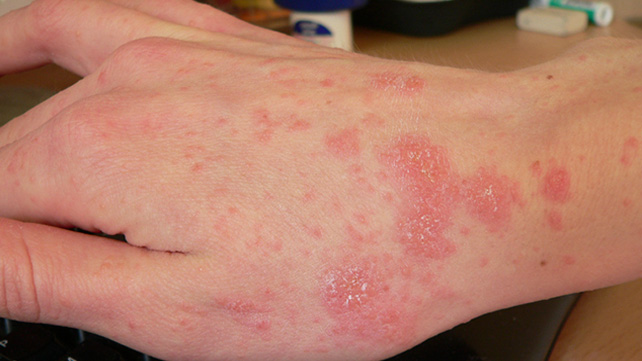 Scabies gets its name from the tiny mites that cause this condition. Scabies is a skin condition which causes intense itching, especially at night.  Once the human itch mite, called Sarcoptes scabiei, lands on the skin, it starts burrowing the skin and this gives a sensation of itching. It’s important to treat the disease quickly because the mites keep reproducing and multiplying every day. In fact, these mites can survive and reproduce on the skin for months. Scabies is a highly contagious but an easily treatable skin disease.

If one hasn’t had scabies ever, they can develop the symptoms after six weeks of exposure to the mites. For anyone who has had scabies before, the symptoms develop much faster. Scabies mites thrive in warm, damp places. So most of the symptoms occur at places like skin folds, around the waist, between the fingers, in the armpits and under the breast creases. Common symptoms of scabies include:

As mentioned earlier, scabies is caused when human skin comes in contact with human itch mites (Sarcoptes Scabiei). Then, the mites start burrowing into the skin to live and feed themselves. Soon after that, female mites start laying eggs and reproduce inside the skin. As a reaction to these activities of the mites, the skin develops a rash and becomes itchy. These mites can easily spread from one person to another through:

The infestation more commonly occurs at places where many people live close to one another, for example, at extended-care facilities.

Scabies is easily treatable but you must visit a skin doctor to get rid of the mites. The doctor will prescribe medications containing insecticides to kill the mites. These could be oral medication or ointments and lotions that need to be applied to the whole body. The itching might not go away instantly so the doctor will also prescribe medication containing sulfur to combat the itching sensation.

Tinea capitis is popularly known as ringworm of the scalp. This is among the most common skin disorders caused by a fungal infection. It affects the skin on the scalp and hair follicles under it. As a result, a person with tinea capitis develops small, bald patches on the scalp that are itchy and scaly. Ringworm of the scalp is highly contagious and it is the most common among toddlers and school-going children. However, the fungus can infect a person of any age.

A mold-like fungus called dermatophyte causes tinea capitis. These fungi thrive in moist and sweaty skin. So people, especially children, who stay in overcrowded and unhygienic places are more likely to get infected. Ringworm of the scalp is a highly contagious disease so it can easily spread through the following ways: 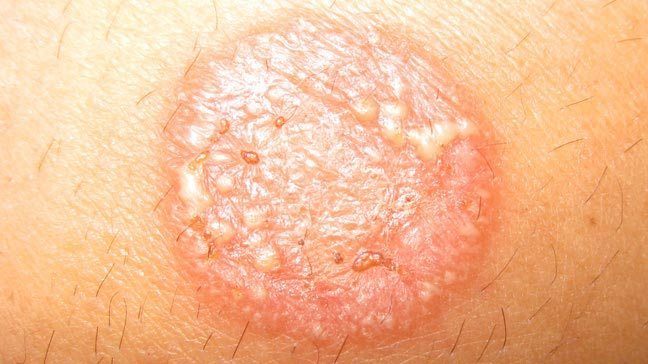 What is tinea corporis?

Tinea Corporis is caused by the same fungi that cause tinea capitis and the symptoms are similar too. The difference is the location of the infection. Tinea corporis is a skin condition in which the skin becomes itchy with red, circular rashes on the surface. Commonly known as ringworm of the body, this infection commonly affects the arms and legs but can spread to any part of the body. The infection so caused may make the affected skin to look like a worm in the shape of a ring. Hence, the name ringworm of the body.

Symptoms of ringworm usually start occurring 4 to 10 days after the skin has come in contact with the fungi. Common symptoms of tinea corporis are:

Tinea corporis is caused by the same fungus that causes tinea capitis. The fungus is called dermatophyte and it can live on the dead tissue of the outer skin layers or nails. These fungi thrive in damp and warm areas. So a person is at a higher risk of catching this infection if they:

Since it’s a contagious infection, it can easily spread from person to person through shared objects like:

In the case of mild ringworm, over the counter antifungal medications can easily treat the infection. Your doctor can prescribe these in the form of an ointment, a powder or a lotion. However, if the condition has become intense, you might also need to take some oral medications prescribed by your doctor.

In order to prevent it from spreading further or to prevent its recurrence, you must take a shower every day and after every physical activity. Clean and dry skin doesn’t let the fungi thrive so dry the skin well before putting on the clothes.

Most of the skin disorders can be prevented by following basic hygiene measures. So regardless of your age, make sure you take the following steps to minimize your risk of catching the infections:

Skin disorders can cause a lot of discomforts so seek medical attention immediately.

At Regency Medical Centre, our team of expert dermatologists is available every day to help you diagnose your skin problems in the most appropriate way. Our dermatology department offers holistic and the most technologically advanced skin solutions in Dar es Salam.  With state of the art facilities and dermatologists trained in prestigious institutes, Regency Medical Centre is the right choice for treating all your problems related to skin, hair or nails. Book an appointment with our skin specialists here.