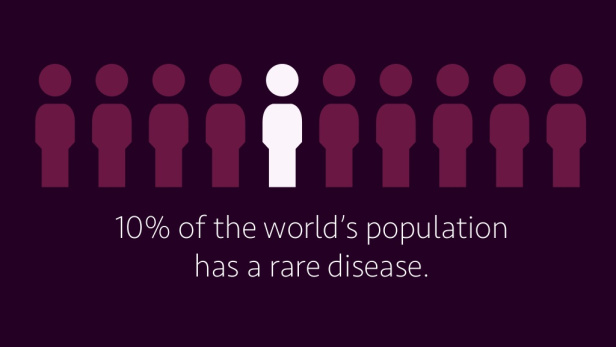 Here Is the ‘Rare’ Story of Ali

Tanzanian couples Sharifa Mbarek and Mohammed Kimara were blessed with their first child after 2 years of marriage. They welcomed a son named Ali on 9th April 2011. Despite having a troublesome pregnancy, Sharifa thought that her son was normal since the doctor successfully managed to stabilise the situation. However, Ali was diagnosed with severe pneumonia and was admitted to a hospital for a week.

“On my 9th month of pregnancy, I could not hear the movements of my child. The ultrasound informed that he was tired. After birth, the problem continued. Ali’s blood sugar was imbalanced. The doctor managed to stabilise his blood sugar”- said Sharifa.

After a year and a half, the couple was blessed with a girl child- Nasreen. Sharifa’s pregnancy was once again complicated. Nasreen was a premature baby. The doctor had to try their best to save both the mother and the girl child. Eventually, by the blessings of God, both survived.

Sharifa was spending blissful times with her new-born Nasreen and Ali. A few weeks later, Sharifa and Mohammed began to worry. One night, Ali began to cough severely. He had a high fever. He burst into tears as he could not sleep throughout the night. When Sharifa raised these concerns with local hospitals in Zanzibar, they could not diagnose the root cause of the problem. As a result, Ali was admitted to a hospital in Dar es Saleem.

The condition even worsened. It was horrible. His oxygen level dropped and he remained unconscious in the ICU for six days. There was no sign of improvement. His left lung was about to collapse. The doctors made a decision to transfer him to another hospital.

Sharifa was fighting a battle of life with her son Ali. Both of his lungs collapsed and two days later he went into semi-coma. However, 2 years old Ali never gave up. He kept fighting. Again, the doctors failed to diagnose the disease. After a lung biopsy and a lumbar puncture procedure, the results were sent to India, South Africa, Germany and the USA. All the tests revealed that Ali had a rare disease. This case was unique amongst the rare diseases since doctors were unable to find the name of the disease.

What Are the Rare Diseases?

Rare diseases are health disorders that affect a very small number of populations. Even though the symptoms do not appear frequently, they are present throughout one’s life. As we have seen in Ali’s case, many rare diseases appear early in life.

Parents do not have symptoms of a rare disease. However, they can carry an abnormal gene.  Many patients of the rare diseases struggle to find the right treatment and even get the right diagnosis for the months or years. As a result, many cases go undiagnosed.

There are more than 6000 rare diseases. Different diseases have different symptoms. In developed countries such as the UK, the number is fewer than 1 in 2000. In the US, it is fewer than 200,000.

Progeria is a genetic disease where a child or a teenager experiences quick ageing. Doctors concentrate on lessening the complication. They have tried various therapies. However, there is no cure for this disease.

It’s a neuromuscular disease wherein the muscle in the body becomes worse and as a result, it does not allow movement.

It’s an extremely rare connective tissue disease. This disease happens due to mutation of the body’s repair mechanism. Toes become abnormally big in this kind of rare disease.

This is a rare genetic disorder where tumours grow in various parts of the body. The symptoms include headache, dizziness, vision problems, high blood pressure etc.

Microcephaly is a medical condition where a brain does not develop properly during the first few years of life. Abnormal facial features, poor motor function, difficulties in speech, intellectual disability are some of the symptoms.

Emiliano was a 10-month old boy from Angola. He was one of the 72 babies born with a rare disease called Microcephaly. He had a developmental issue. He could not sit properly. He even could not see and hear. The doctors didn’t know the root cause of the problem though they thought that it might be due to the mosquito bite.

It is a rare disease that stems from an underlying tumour. It causes blistering skin disorders.

It is controversial since patients and doctors do not understand the root causes of the disease. People with this rare disorder experience physical as well as mental disorder. They experience fatigue, joint pain, loss of memory, lack of concentration, depression, a sensation of crawling, biting, and stinging on their skin.

It falls on 28th February every year.  Since rare diseases affect a rare number of people, the day is commemorated on the last day of February, a month which is known for having a rare number of days.  It was an initiative taken by the European Union in 2008 to raise awareness for unknown diseases among the general public and the decision makers. The day is also remembered to improve medical facilities for people with rare diseases.

People with rare disorders need coordination of multiple specialists. Rare diseases need extensive research. Early diagnosis is the best solution. It’s best to screen babies after their immediate birth. This is the vital stage of lifecycle when the possible presence of rare disease can be diagnosed.

RMC is the innovative multispecialty hospital with the presence in multiple locations across Dar es Salaam, the business capital of Tanzania. Our comprehensive healthcare is affordable to those of you who are looking for FREE TREATMENT or QUALITY CARE AT SIGNIFICANTLY LOWER COST. With our in-house Tanzanian doctors and nurses, you do not need to go abroad.

At RMC, we have been at the forefront of providing world-class services with advanced technology and medical equipment. We are driven by – All Time Care. We provide 24*7 healthcare facilities. Our SADCAS accredited lab, highly trained specialists and paramedics, highly responsive medical team, surgical and emergency care doctors and nurses are committed to your health. Staff’s prompt response and collaborative approach make RMC a world-class healthcare destination. Through all these dedicated service and care, we help our patients fight rare diseases.

We are expanding our critical care service through our new eight-storey building in Dar es Salaam.

If you have any queries regarding rare diseases, consult our expert today.